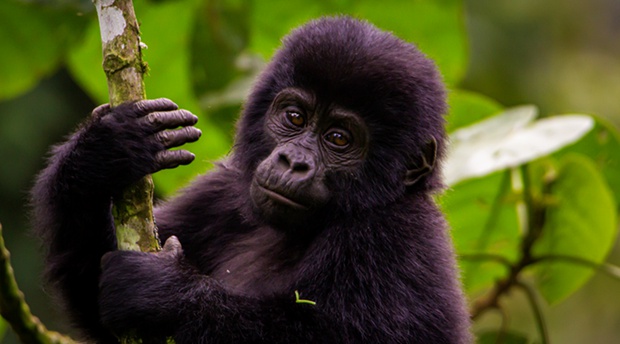 A visit to the Mountain Gorillas is a must do when visiting Uganda (or Rwanda). Keep reading if you want to know more about the "gentle giants" and be prepared to get even more excited about meeting them.

There are four different types of Gorillas, all of them being either endangered or even critically endangered. They can be divided into two groups, the Eastern and the Western gorillas. The Western Lowland Gorilla (if you have ever seen a gorilla in a zoo, it would have been this subspecies) and the Cross River Gorilla are subspecies of the Western Gorilla species. The Eastern Gorilla species consists of the Eastern Lowland Gorilla and the Mountain Gorilla. 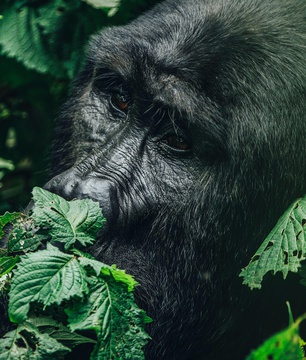 Gorillas live in groups. They are very sociable and live in “troops”, that’s what the family groups they move around in are called. A troop can contain consist out of up to 30 gorillas and normally this contains a dominant male, several females and their young ones.
Gorillas can become up to 40 years old.
Adult males are known as “silverbacks” and they can be more than 10 times stronger than an average human. But they are called gentle giants for a reason and only use their full strength when they feel threatened.

Gorillas are (nearly) vegetarians. They are herbivores, so they only eat plants but some of the subspecies do eat snails and insects. A grown gorilla can eat up to 30kg of food a day.

We share 98.3% of our DNA with gorillas – can you believe that?! Their noseprints are as unique as our fingerprints. This is why scientists can identify individual gorillas by looking at the shape of their nose and unique scars or marks on their faces.

They are very clever. Scientists have spotted wild gorillas making and using tools, they used sticks to work out the depth of rivers, made ladders out of bamboo for the baby gorillas and made “cutlery” from twigs to help them eat stinging insects. 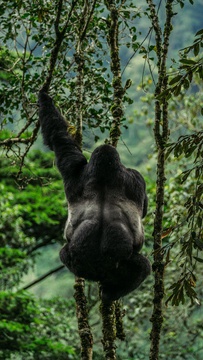 When coming to Uganda, or Rwanda, you will be able to meet the gentle mountain gorillas. They are only found in Uganda, Rwanda and the Democratic Republic of Congo and live within 2 specific geographical regions,

If you are just like us and can't get enough of the gentle giants, feel free to message us and we can make sure you will have an amazing encounter with them!